This post could be called Our Friends in Far-Flung Places Have an Almost Infinite Capacity to Humor My Ridiculous Requests. When I asked people we know to stop by their local Anthropologie stores and take photos of the seed bomb displays, I got replies from all over the US! Above is what we saw at our local Anthropologie here in Cincinnati.

My sister Gabrielle went to the just-opened Anthro at Chelsea Market in NYC and took this photo for us:

Not to be outdone, Michael’s sister Anne, who writes the Wit, Wisdom and Food blog, took this photo at the store on Market St. in San Francisco: 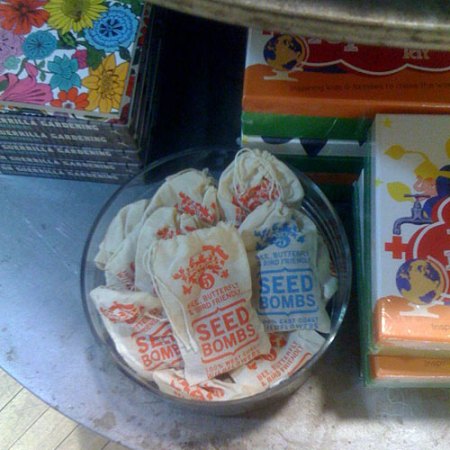 Then, Anne checked out the Anthro in Seattle as well: 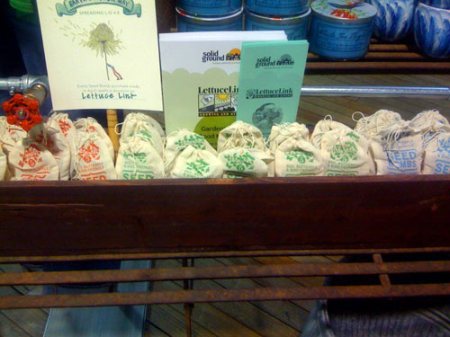 Becky, who’s the force behind both the pop culture-obsessed The Bubb Report and the design-savvy Hatch, sent this in from Atlanta:

Ashleigh checked out the store in Troy, MI:

Andy spotted them in Chicago: 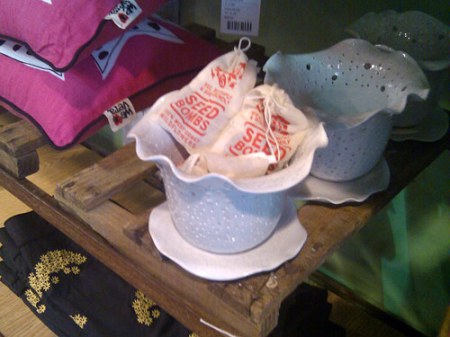 Jeff found our seed bombs in the Boston Anthro: 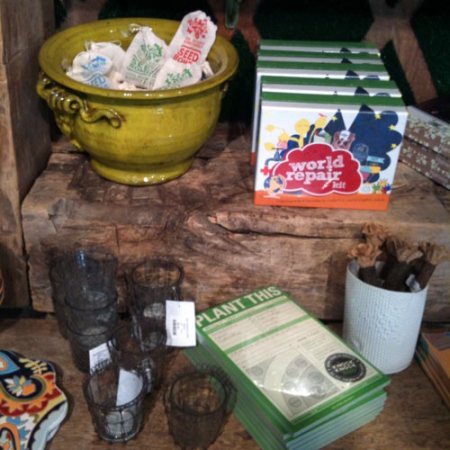 Then, he zipped on down to NYC and found them in Rockefeller Center: 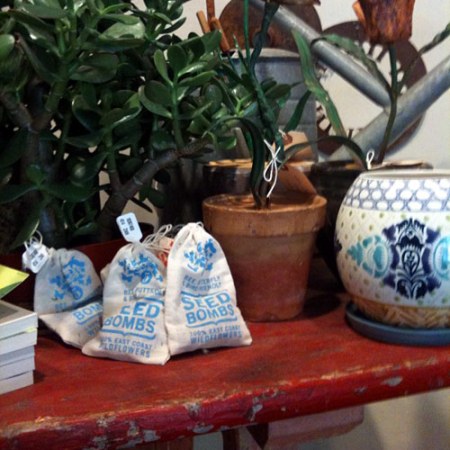 Ambica, the talented designer behind Eighty2degrees went to the Washington, DC Anthropologie: 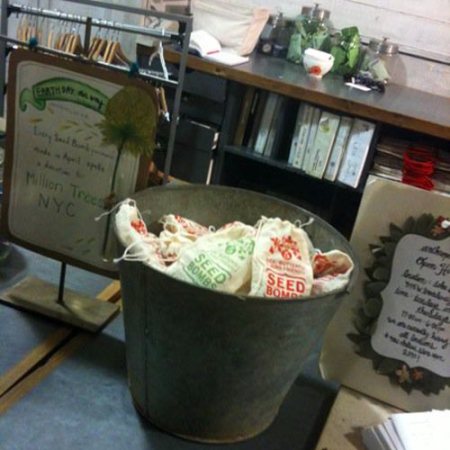 And, Christine of Oakland-based landscape design firm Idora Design checked out our seed bombs in the Berkeley store: 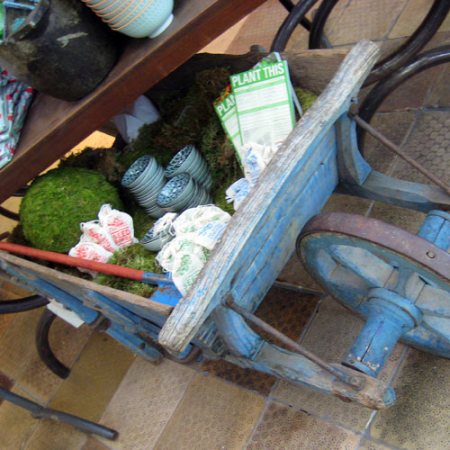 As you can see in the photos, some of the stores donated part of their seed bomb sales to local environmentally-focused non-profit organizations. Our Anthropologie donated proceeds to the amazing Civic Garden Center of Cincinnati.

Thank you so much, beloved friends and family, for putting up with my silly request. To Anthropologie employees who noticed anyone skulking around the seed bomb displays, trying to sneak in some photos — sorry, that was entirely my fault.

10 thoughts on “VisuaLingual Seed Bombs All Over”