Wynwood is a neighborhood in Miami whose warehouses now contain a mixture of industry, wholesale distributors, galleries and artist studios. It’s also home to one of the largest collections of street art in the world. Above is part of a mural by the legendary Ron English [confusingly, there’s a Cincinnati-based artist also named Ron English, who sometimes sells his wares on the streets of Over-the-Rhine].
END_OF_DOCUMENT_TOKEN_TO_BE_REPLACED

Adding More Color to Gabriel’s Garden: the painter Cedric Michael Cox beautifies another corner of Cincinnati with his work.

The “Old” Christian Moerlein Brewering Company – What Still Exists: a fascinating look at the Northern side of Over-the-Rhine.

Brooklyn Rebounds as the New Bohemia: everything about this article makes me angry. 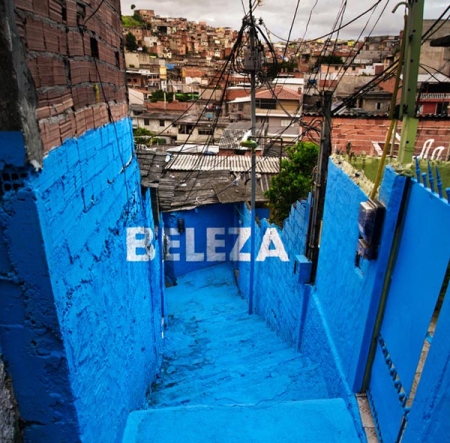 Madrid-based arts collective Boa Mistura recently completed this series of typographic murals in Vila Brâsilandia, a favela on the outskirts of São Paulo. The simple, boldly colored murals feature single words distorted by perspective anamorphosis. Each mural has a single vantage point that allows the word to be read. Here, Beleza [beauty].
END_OF_DOCUMENT_TOKEN_TO_BE_REPLACED

The Taft Goes Public: Cincinnati’s Taft Museum of Art takes a cue from Detroit with its new outreach campaign.

Lost in Detroit: A Gentrifier’s Story: speaking of Detroit…

Flyover Gets a Makeover: Small Cities in Middle America Are Talking Big Game: let’s hear it for the smaller cities in the Midwest.

Polish Restaurants Pushed Out of East Village: sad news out of NYC.

A Sampling of Sao Paolo’s Street Art Scene: just that.

Re-imagining the Hoover Dam : this proposal by Yheu-Shen Chua won third place in the 2011 Skyscraper Competition, and all I can say is, “What the what?”

Cities as Software: learning from DIY success in Newcastle, Australia.

Falling by the Wayside 2011: The 10 Most Endangered Roadside Places: courtesy of the Society for Commercial Archeology.

The Rise of the Megacity: “Jakarta, Lagos, and Sao Paolo, and other massive population centers are changing the way we think about cities.”

Still Painting Messages on Buildings, but No Longer a Vandal: not too shabby — Stephen Powers, a.k.a. ESPO, is a Fulbright scholar.

Sao Paolo No Logo: a few months after the ban on billboards and most outdoor advertising in Sao Paolo, these photos document abandoned advertising infrastructure.

Urban Living: I think Princess Veggie is pointing out the obvious, but it clearly bears repeating for all the downtown-grocery-store complainers.

Plants, for Your Health: from GOOD Magazine, three commonly found toxins and the plant species that mollify their effects.

Cyclist Wins Race Against Car and MTA Again: first in Philly, now in NYC, a bicycle wins the rush hour race against a car and public transit.