The building, also known as the California Commercial Wool Building, was completed in 1926 and fully restored in 2001.

As always, I had to look up and ogle the magnificent chandelier: 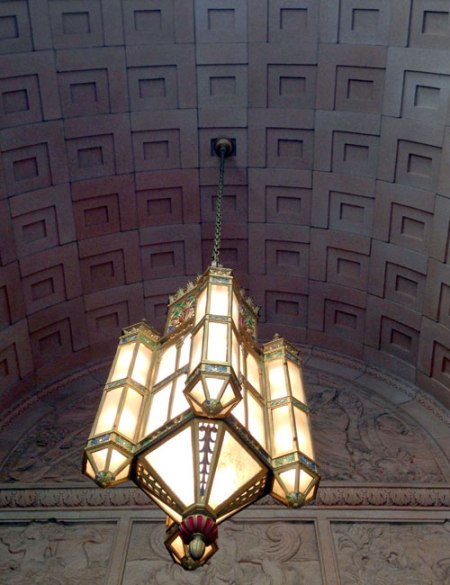 In the entry stands Mercury, the Roman god of commerce and financial gain [the building was commissioned by the investment firm of Hunter, Dulin & Company]:

A lovely geometric mosaic floor in the lobby:

But the lobby’s painted ceiling is the real pièce de résistance:

To me, this ornamentation resembles traditional Polish or Russian folk patterns, but maybe it’s inspired by French folk art: 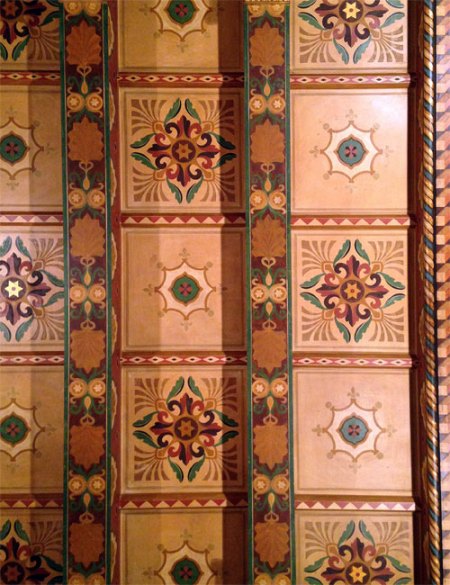 Supposedly Sam Spade, the detective in The Maltese Falcon, had his office in the Hunter-Dulin Building.

Before teaming up with S. Fullerton Weaver, Leonard Schultze worked on Grand Central Terminal in NYC. Schultze & Weaver is probably best known for the Waldorf-Astoria Hotel, and most of its commissions were on the East Coast.