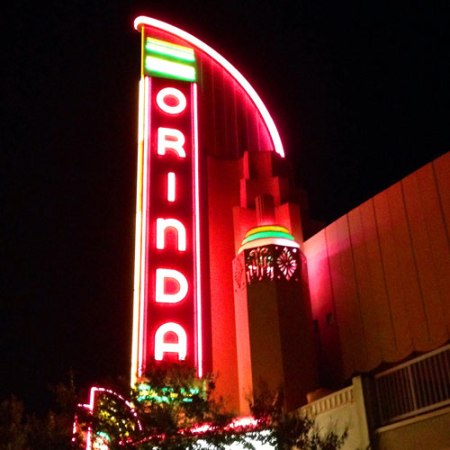 The Orinda Theater is the anchor of downtown in the pastoral East Bay town of Orinda, California. Designed by Alexander Aimwell Cantin [architecture] and Anthony B. Heinbergen [interior design], it opened in 1941.

By the early 1980s, this Egyptian-inspired streamlined moderne movie palace was slated for demolition and subsequently saved, reopening to the public in 1989. 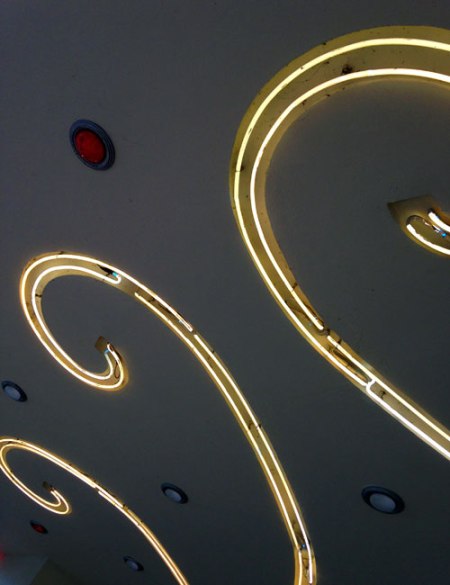 The sidewalk in front of the theater features geometric terrazzo: 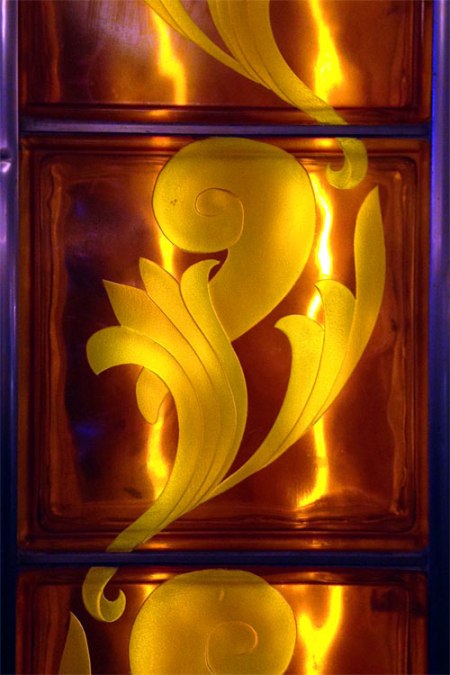 In the rotunda lobby, a mural of stylized flying figures covers the domed ceiling:

The marquee stands tall in the heart of this sleepy town:

Check out a few more interior photos, and read the detailed history of the building.

2 thoughts on “Orinda Theater by Alexander Aimwell Cantin and Anthony B. Heinbergen”