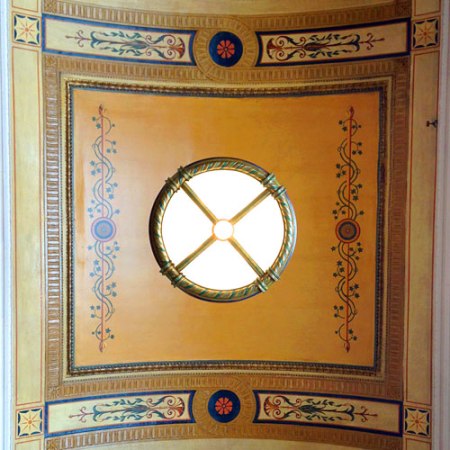 This is a bit pathetic: I lived in Indianapolis for two years, not far from the Central Library, and I’ve visited countless times before finally stepping foot inside this building. Wow!

The Central Library is located at 40 East St. Clair St. and extends from Meridian to Pennsylvania Sts. The building was designed by Paul Philippe Cret with Zantzinger, Borie & Medary and completed in 1917. It was renovated in 2007, and a major addition was designed by Woollen, Molzan and Partners.

I won’t bother showing you the new behemoth that threatens to swallow the Greek Doric original building. Above and below is the ceiling in the stacks area of the Simon Reading Room. 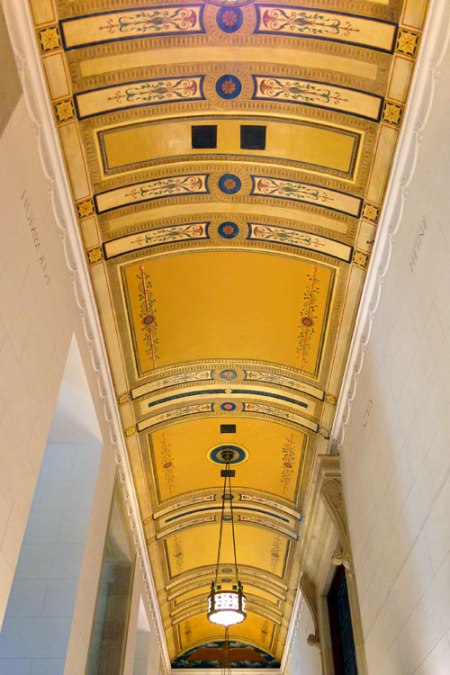 The ceiling in the main part of the Simon Reading Room was painted by C. C. Zantzinger: 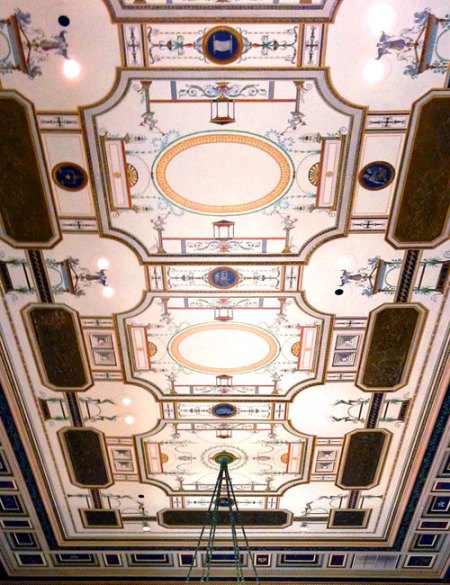 Holy moly, I want this chandelier: 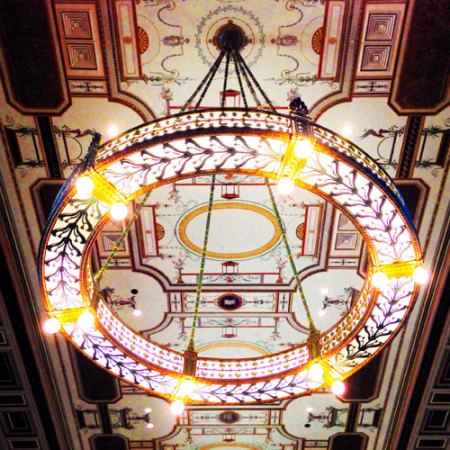 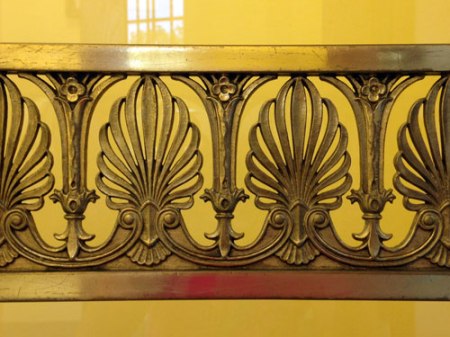 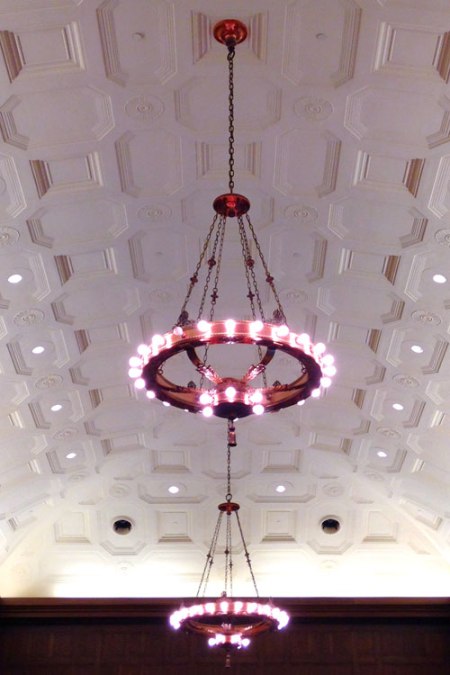 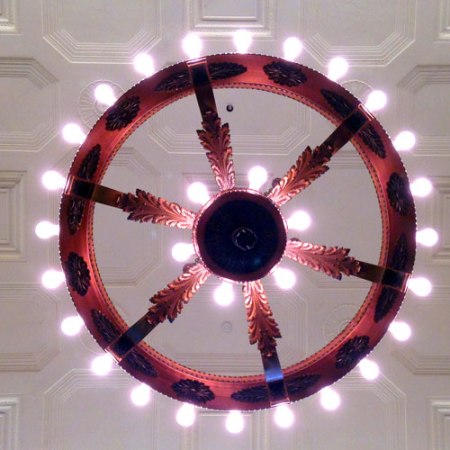 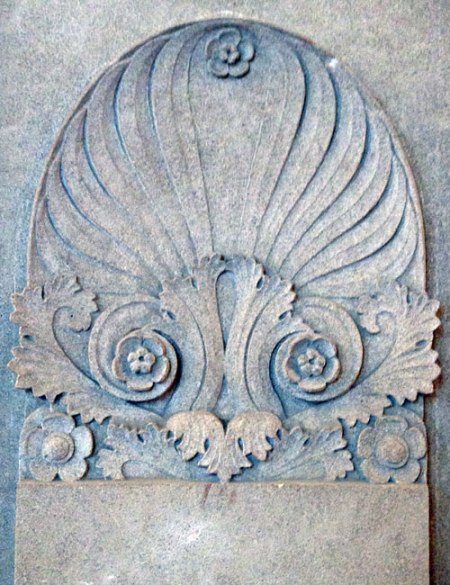 The exterior is made of Indiana limestone on a base of Vermont marble. The Greek influence is especially evident on the front of the grand building: 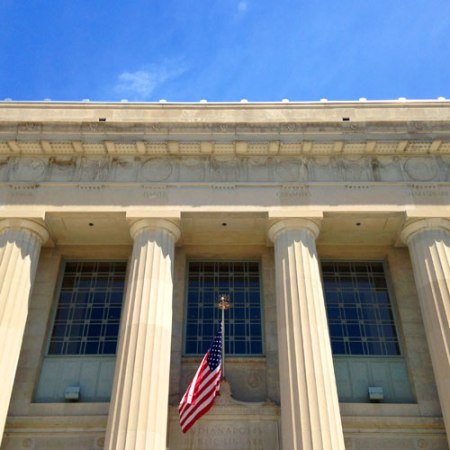 Zantzinger, Borie & Medary was a Philadelphia-based architecture firm that collaborated with Paul Philippe Cret on several commissions, including this one. Cret was born in Lyon, France, and his practice was based in Philadelphia; he also taught architecture at the University of Pennsylvania. If his name is familiar to my readers, that’s because he also worked on the design of Union Terminal in Cincinnati.