Built in 1931, the gorgeous Art Deco Omaha Union Station by LA-based architect Gilbert Stanley Underwood is located at 801 South 10th St. It now houses the Durham Museum. But we don’t care about that; we just want to ogle the interior!

Upon completion, the station served 10,000 passengers per day, who appreciated innovations such as escalators and electric luggage conveyor belts. The highlight of the building is the massive, grand waiting room. 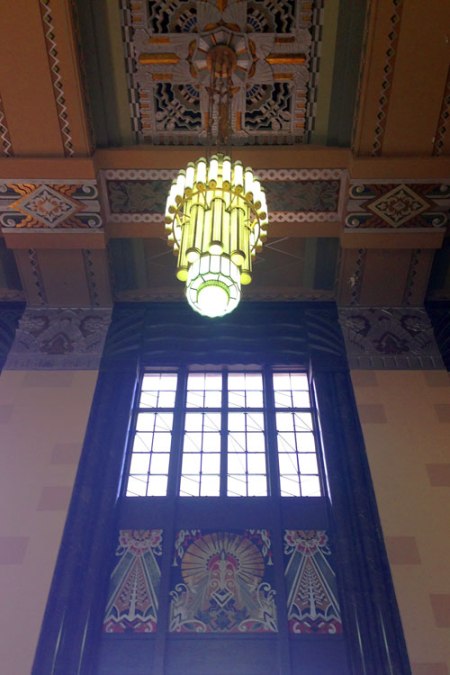 According to the architect, “We have tried to express the distinctive character of the railroad: strength, power, masculinity.” In gold leaf, no less!

The exterior is clad with cream-colored, glazed terra cotta. This inscription reads, “Dedicated by the railways of Omaha to the service, comfort and convenience of the people.” 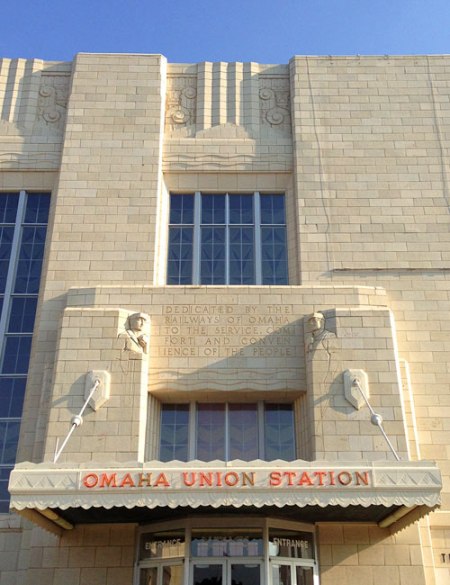 Passenger service ended in 1971, and the Union Pacific Railroad donated the building to the City of Omaha two years later, when it became home to the Durham Museum. 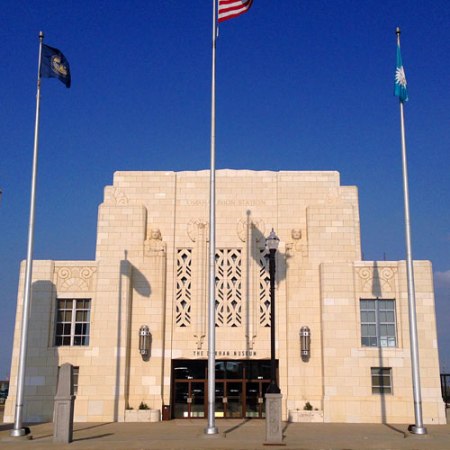 Gilbert Stanley Underwood studied at Yale and Harvard and then opened up an architecture office in LA. During his career, he designed numerous train stations for the Union Pacific Railroad, as well as post offices and National Park lodges.