Entering its 5th year, Denver’s Colorado Crush is a day-long, block party-like celebration of hip hop culture, including graffiti in the form of legal murals painted during the event by artists from across the US.

I found all of these murals in the alley between Larimer and Walnut Sts. in the RiNo District, but there are related murals elsewhere in the neighborhood and beyond. 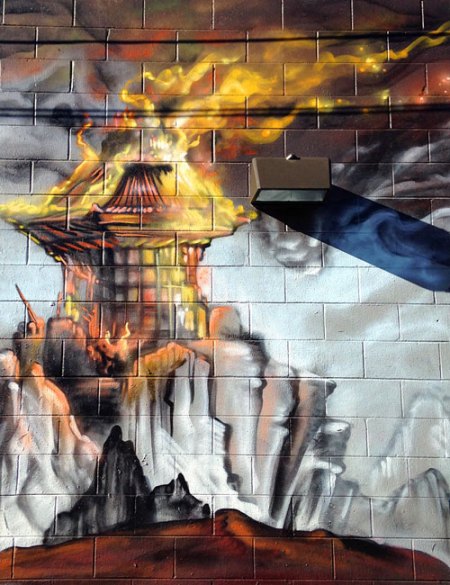 Pierrot, the obligatory sad clown, weeps with his can of Krylon:

“Activating space” may be a phrase that’s overused by everyone from urban planners to real estate developers, but it holds true: there’s something really cool about adding value and interest to an alley and giving people a compelling reason to walk here rather than on the neighboring streets. In this way, Colorado Crush is similar to Art Alley in Rapid City, SD, Clarion Alley in San Francisco and the annual SubSurface in Indianapolis. 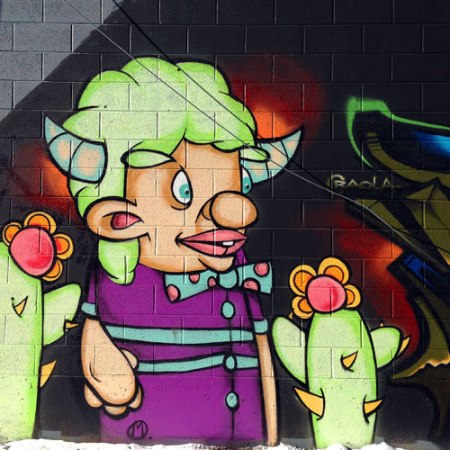 Over the past year or so, I’ve seen three other similar art-focused initiatives: Open Walls in Baltimore, Bushwick Collective in Brooklyn and Wynnwood Walls in Miami.

I’ll add one more to my running list: the Heidelberg Project in Detroit, although it’s largely the work of one artist, who puts art on the street without calling it “street art.” All of these efforts transform and, yes, activate the spaces they occupy. 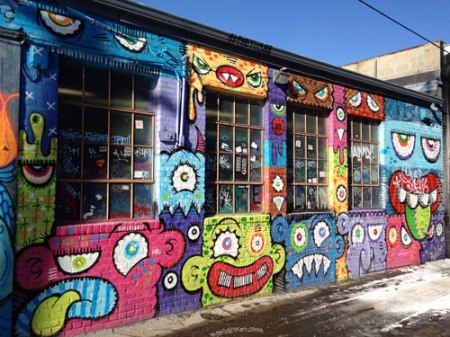 To find out more about the next Colorado Crush, check out the event’s site and Facebook page.

3 thoughts on “Colorado Crush in Denver”