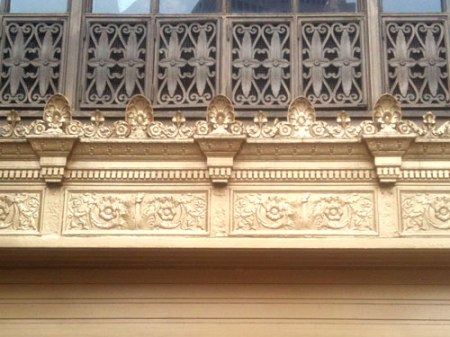 Designed by Graham, Anderson, Probst & White and dedicated in 1930, Terminal Tower is a landmark skyscraper on Public Square in downtown Cleveland, situated atop the city’s then-new rail station, the Cleveland Union Terminal. 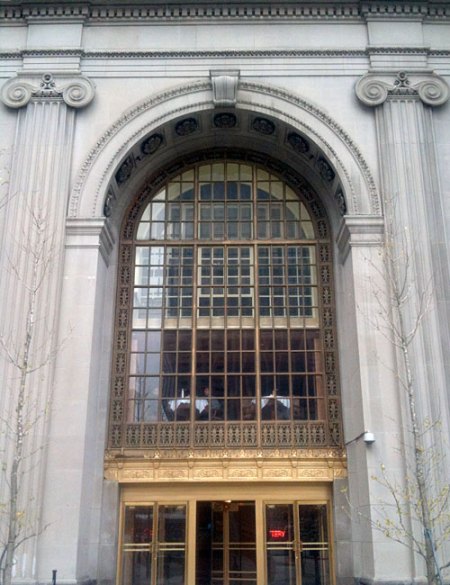 The structure is modeled after the Beaux Arts Municipal Building in lower Manhattan by McKim, Mead and White. You can especially see the influence in the soaring vaulted interior: 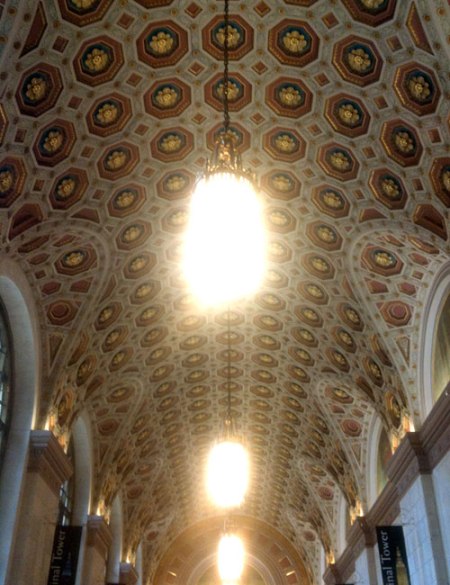 Intricate metalwork can be found throughout: 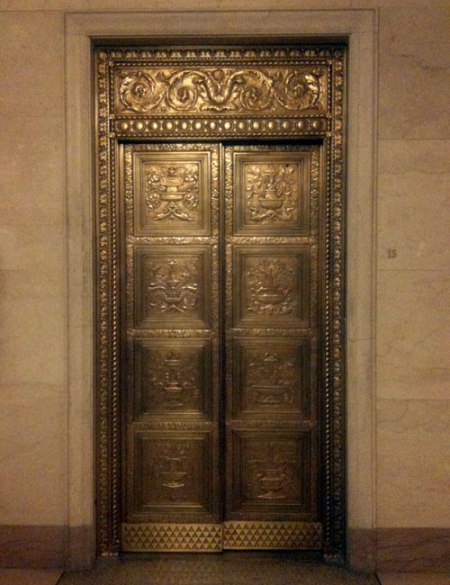 Originally planned at 14 stories, Terminal Tower was expanded to 52 floors with a total height of 708 feet. Until 1964, it was the tallest building in North America outside of NYC [the Prudential Center in Boston then inherited this distinction].

Founded in Chicago in 1912, Graham, Anderson, Probst & White was the largest architectural firm under one roof during the first half of the 20th century, capturing many major commissions through the late 1930s. After undergoing several incarnations, the firm finally closed its doors in 2006, leaving behind a legacy of important buildings in Chicago and beyond.