10. Above, the glorious Liberty Tire ghost sign in the Northside neighborhood of Cincinnati.

8. The Lilly’s State of Mind Patch print by Lilly Pulitzer [which has now been retired, BTW]:

7. The awesome mosaic mural by Charley Harper in the the John Weld Peck Federal Building in downtown Cincinnati:

5. Angelina Jolie’s geocaching tattoo, which lists the coordinates for her children’s birth places: 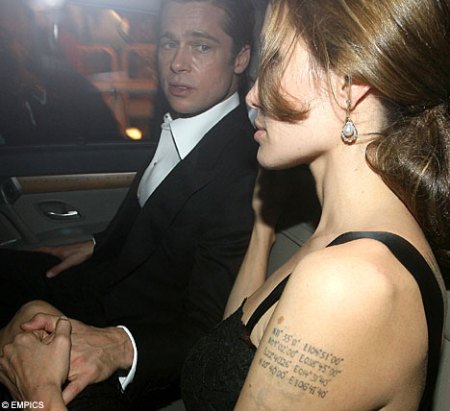 4. Serigraphs by Mark Coomer [this post has over 100 comments, mostly people looking to sell their prints and wondering about their value — I’m a fan, but not an expert]:

2. Probably my longest, most personal post is about L’Amour, the rock capital of Brooklyn and growing up in NYC circa 1990. The comments are chock-full of memories by other former metalheads:

1. Ugh, in a major shakeup, my answers to the quiz You Know You’re from Cincinnati If… went viral this year, garnering by far the most hits. Comments include the gem, “I hope you get the hell out of my city and never come back.” And people say Cincinnati is unwelcoming to outsiders!