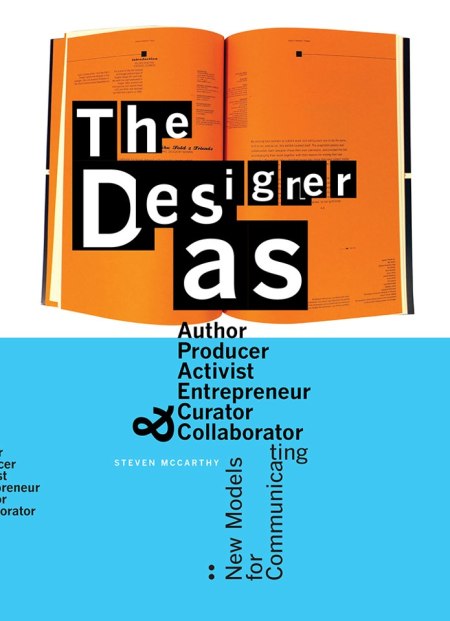 I’m honored to be included in the book The Designer As… Author, Producer, Activist, Entrepreneur, Curator and Collaborator: New Models for Communicating, written by Steven McCarthy and designed by Martin Venezky/Appetite Engineers.

The included project is a bit of ancient history from my previous life as a design educator at an art college just North of Boston. At a design conference, I met Chris Corneal of Michigan State, and we decided to collaborate on a juried exhibit challenging design educators to give form to their pedagogical philosophies. Sounds sexy, right?

If you’re at all familiar with academia, articulating your teaching philosophy is a basic requirement. For a designer, creating a self-exemplifying artifact based on that position seems like a no-brainer.

I Profess: The Graphic Design Manifesto was the resulting exhibit that traveled extensively for a few years. I designed the exhibition graphics, web site and all promotional materials along with Nicole Pivirotto, VL‘s awesome intern at the time. You can see the title graphic here: 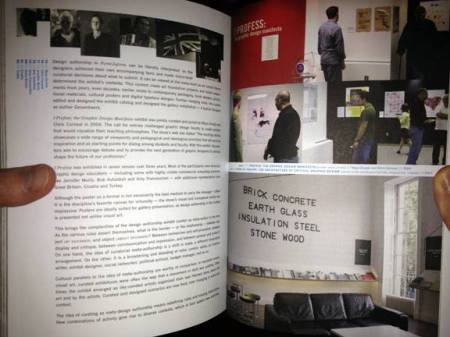 Steven McCarthy of the University of Minnesota was one of the exhibit participants, and he included the project in this new book. Martin Venezky, the book’s designer, is a fellow Cranbrook alum from back in the day. And I left academia seven years ago, which I thought be a brief break for me, but which instead led to VisuaLingual becoming a full-time endeavor for Michael and me. Life is weird!

One thought on “VisuaLingual in The Designer As…”