Located in the Station North neighborhood of Baltimore, Open Walls Baltimore is a collection of about two dozen public murals by street artists from around the world, curated by Gaia.

This first one is a favorite of mine from the varied bunch, but I can’t find any information about it. It’s in the neighborhood but not listed as one of the official murals. Who painted it? 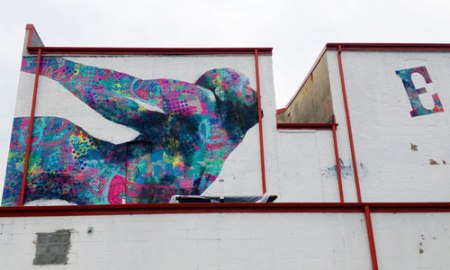 Sten and Lex from Rome: 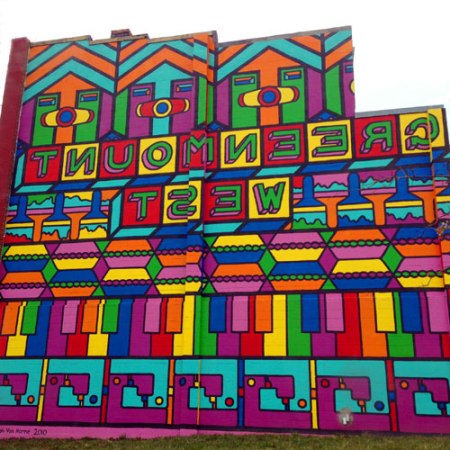 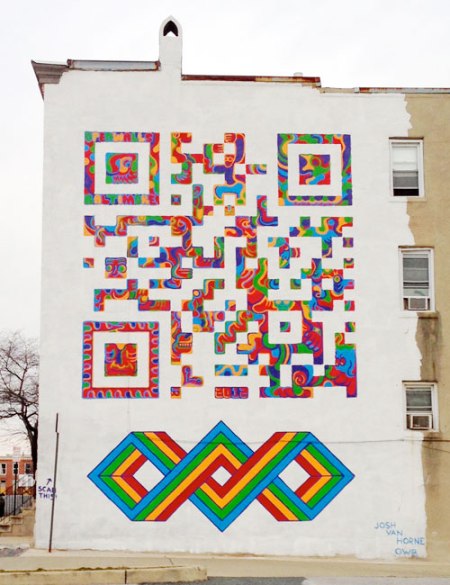 A tribute to neighborhood resident Dennis Livingston by Overunder from Reno, NV: 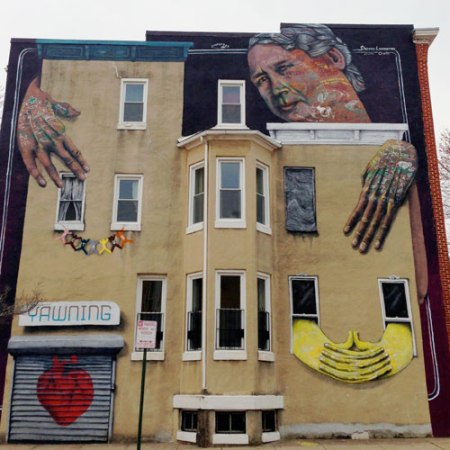 New Orleans’ Momo painted this cool geometric abstraction that’s now feet away from a brand-new building and hard to fully appreciate [compare my photo to the site where this was originally painted]: 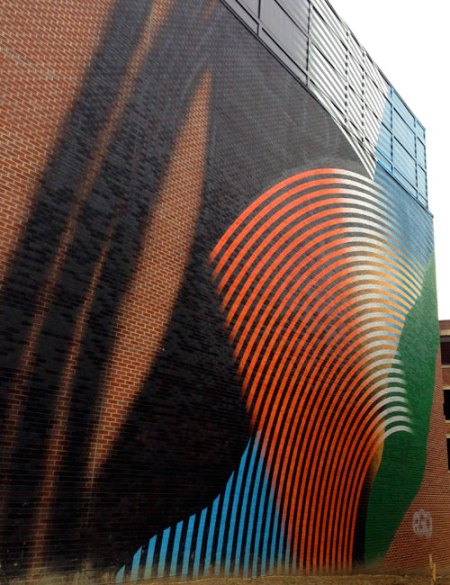 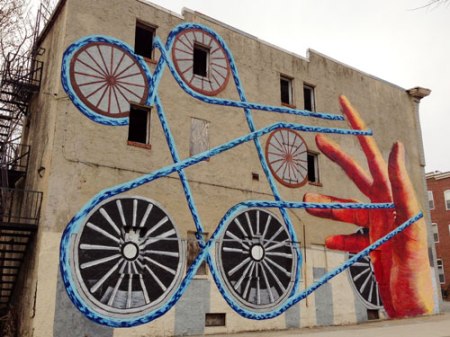 For more check out this NBC News clip and the official Open Walls Baltimore site.

Baltimore’s own Gaia, who is the driving force behind this project, was one of the street artists who participated in Wynwood Walls, a similar, bigger-scale and bigger-budget project in Miami.

Whereas the mural collection in Miami is very concentrated, and the heart of that project is protected on private property and lit by lights, the Open Walls murals are spread throughout the neighborhood. This collection, though curated, has a more spontaneous, raw feel than Wynwood Walls. It doesn’t quite pack the same visual punch but, ultimately, it does a better job of inviting the audience to engage with the entire neighborhood.