Today is the 14-year anniversary of P. Scott Makela’s passing. For years now, I’ve wanted to explain his impact on me, but words fall short. I decided to stop worrying about whether or not I can write an adequate tribute; it’s enough to even share these thoughts.

When I started thinking about an MFA in graphic design, I checked out where the designers I admired had gone to school — practically all of them had attended a place I’d never heard of, somewhere in the back woods of Michigan — Cranbrook Academy of Art. Coming from Cornell, Yale should have been a no-brainer, but I was immediately seduced by this tiny monastery without classes or grades, seemingly off the radar yet completely in the thick of everything I loved about this field.

Laurie and Scott Makela were the Designers-in-Residence, and their work blew my mind. Loud and powerful, overflowing with raw sexual energy; I’d never seen anything like it.

Eloquent, fiercely intellectual and possessing a superior typographic sensitivity, Laurie was my obvious would-be mentor. When she called to tell me that I’d been short-listed and was now invited for an interview, I must have been stunned, because she said, “Relax; you’ll do fine. Just don’t wear a lampshade on your head.” In fact, I was so not fine that one of the students had to pull me out of the studio during the interview to get me to stop shaking. Little did Laurie know that she’d been the subject of my nightmares for weeks. She was so intimidating; I wanted to be her.

But when I first met Scott, he was so friendly and unassuming that I thought he was a student and, as we spoke, I slowly froze in place as I realized, oh, my God, this is him, flesh and blood, just talking to me like he’s a regular person. Here I was in this mythical place, surrounded by brilliant, difficult people whose ranks I desperately wanted to join, and P. Scott fucking Makela was just chatting with me like I might have a hope of belonging to this rarefied group.

Six months later, I became part of this ad hoc extended family. The Makelas’ daughter Carmela was about 7, and Nikolai was born just a few days before I got to school. Scott and Laurie were giddy and distracted; it seemed like every crit discussion cycled back to childbirth or breast-feeding.

It was a tough year for me: during the interview, Laurie had said, “We’ll spend your first year breaking you down, and you’ll spend your second year building yourself back up.” That sums it up perfectly. I was one of the youngest students, not just in age but in experience. I was in over my head and had never felt more vulnerable and unsure. 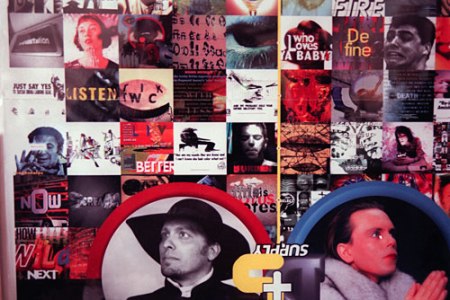 Laurie was an insightful critic and impassioned devil’s advocate, but it was Scott who seemed to give himself wholly to my work. He was an adrenaline junkie with a hacker sensibility and rockstar swagger; we couldn’t have been more different. I never really knew where he was coming from, but I trusted him completely like I might trust an older brother. When he suggested that I investigate my ideas through video, I did although I had no interest in video before or since. He was right; time and again, he managed to pull the rug out from under me, and I learned more from him than I’d expected to.

As my first year was winding down, I extracted myself from the insidious tentacles of a toxic relationship and was slowly coming to terms with the fact that I wasn’t necessarily at Cranbrook to become a better designer; I was there to grow up and to finally give myself permission to have a voice.

I was hanging out with a friend when Scott walked by and briefly flirted with us. We rolled our eyes; that’s just how he was. It was the last time I saw him. Later that night, he stopped breathing and landed in the ICU. Although we all kept talking about his resilience and lust for life, I think we already knew it was over. He’d never wake up from his coma. A few days later, it really was over and, a few days after that, some of the greatest designers in the world descended on Cranbrook to pay their respects. Who wouldn’t kill to be in such privileged company? It was absolutely surreal.

I cried for days. I couldn’t stop. I mourned for Scott and, finally, for everyone I’d ever lost. But I also mourned for everything that’s lost when you don’t make the best use of the time you have, for every time I second-guessed myself and didn’t have the guts to just act on what I wanted or deserved or felt was right. Scott would say that I was finally growing some balls. 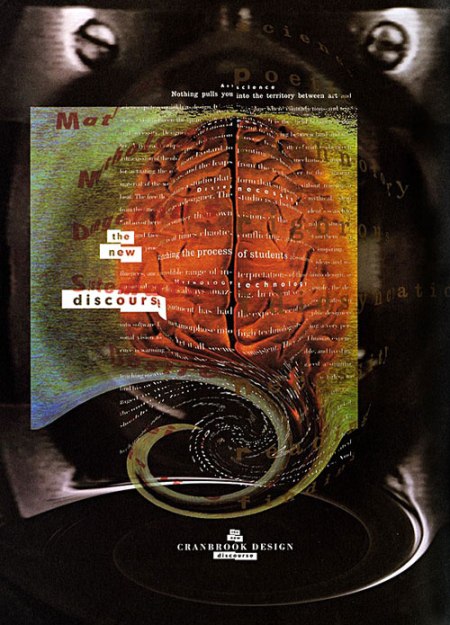 When one bad thing happens, ten more things swiftly follow. Everything in my life suddenly fell apart. My family was in dire straits, and I was needed at home. I poured my heart out to the guy sitting next to me on the plane; he was a film student who said my life would make a good screenplay. I didn’t know if I’d be able to return to school in the fall. Every door I knocked on in NYC that summer was opened by a designer who said, “Oh, Cranbrook. Where that guy died?” Yeah, but the walking wounded just needed a job and some normalcy.

If you’ve ever heard anything about Cranbrook, chances are it’s all true: the good, the bad and the ugly. The Cult of the Ugly. The art director who hired me that summer said, “Cranbrook; I know your type — you’re a prissy, selfish prima donna. You don’t listen, you don’t play nice, and you hate clients.” All of which is true, in a way.

I did return in the fall; Laurie’s grief was raw and palpable. My second year was no easier than the first, but I was stronger. By the time I graduated, I felt like an agent in my own life, like my life wasn’t just something I was witnessing.

For 14 years, I dreaded turning 39 because I knew I’d have to hold up a mirror to my life and admit that, unlike Scott, I don’t live in overdrive. He seemed to live twice as fast in half the time.

It’s hard to believe, but I’m 39 now. I am a bit like Laurie, and Michael is a bit like Scott. Like them, we have our own business. Sharing so much with one person might be the toughest route there is. I was lucky to be able to witness it first-hand with Laurie and Scott, when crits and impromptu babysitting and client deadlines melded together into one passionate, chaotic life. When one thing goes wrong, everything hurts like hell but, when things are right, it’s magic.

This sounds arrogant and self-mythologizing but, if you weren’t there, you can’t understand. Cranbrook’s not really a school, and Scott wasn’t really my teacher. Monastery, cult, whatever you want to call it; it’s all true. There’s a deep bond shared by the people who chose this path. We chose not to compartmentalize but to give form to all of our obsessions. 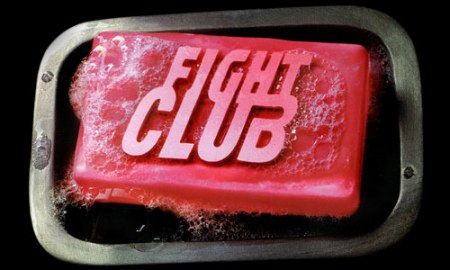 My time at Cranbrook would have been intense and life-changing regardless; it just happened to be shot through with this poison arrow. I finally became myself there. I still have the tendency to overthink everything, but Scott taught me to think less and do more. To worry less and engage completely. To question everything but commit fully. Thanks to the fearless astronaut, I learned to be present.

Dig for your personal center of arousal and gratitude. Be wide awake and hungry. Put experience before theory. Select your network, transmit and be wide open to receive. Hypnotize and seduce your audience by any means necessary. Break out of frames of paper and cathode. Play with meaning above, below and beyond familiar aspect ratios. Take a position, and trust the power of your own voice. Respond to the current condition, the present moment.
– PSM, 1999

7 thoughts on “Ever Onward Under Other Skies”