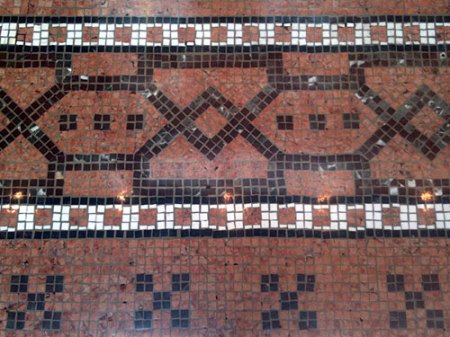 Designed by John Wellborn Root and Daniel Burnham in 1888, The Rookery is a grand office building located at 209 South LaSalle St. in the Loop in Chicago. Originally 11 stories tall, it is an early icon of the Chicago School of commercial architecture and is considered to be the oldest standing Chicago high-rise.

The building floats on an innovative “grillage” foundation that distributes the weight across Chicago’s soggy soil. The design is a combination of Moorish, Byzantine, Venetian and Romanesque influences. 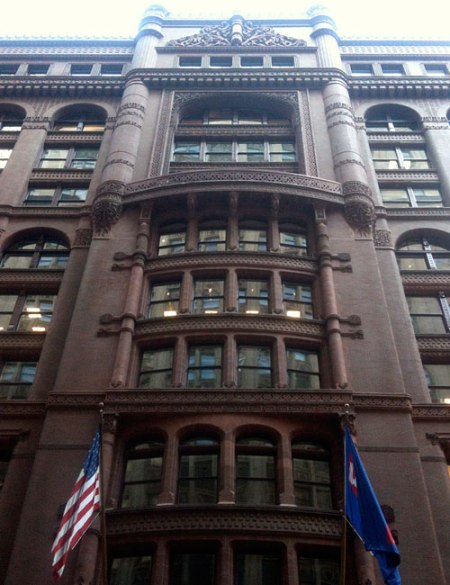 Here’s where the story of this building gets really interesting: in 1905, Frank Lloyd Wright was commissioned to update the interior. He removed much of the original iron and terra cotta design details and encased the iron columns in incised and gilded marble. Wright’s alterations brightened up the lobby and added a sense of luxury to the steel-laden interior. 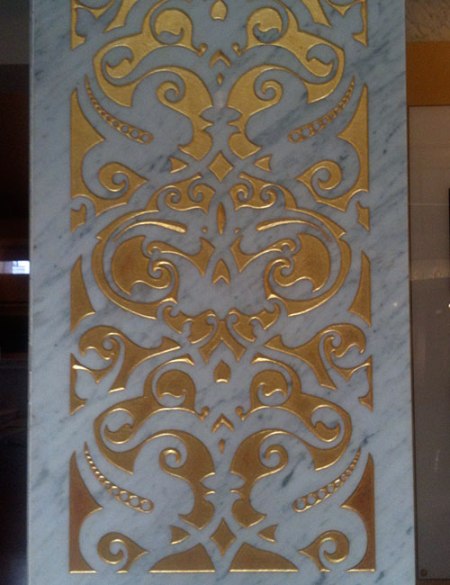 This is one of the original cast iron columns that Wright covered in the marble shown above:

The central light court is probably the most impressive feature of The Rookery, and the surrounding light well allows sunlight into the offices upstairs. Wright’s light fixtures are Prairie-style glass globes enclosed by squares: 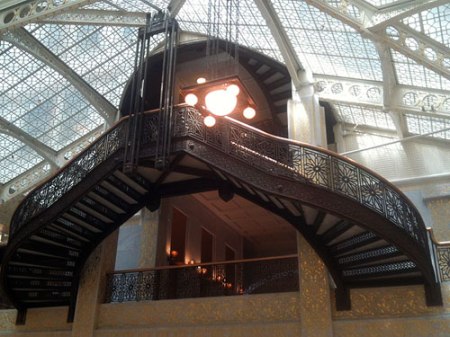 In 1992, the third major renovation was spearheaded by McClier Architects, more or less returning the lobby to its Wright-era appearance, but removing some of the marble flooring that Wright had used to hide the original mosaic tile. 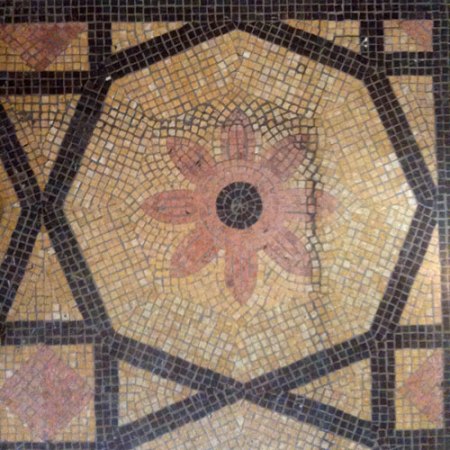 The Rookery is one of the few remaining Burnham & Root buildings and is a unique example of Frank Lloyd Wright’s work, unlike any of his other interior design projects.

4 thoughts on “The Rookery by Burnham & Root”