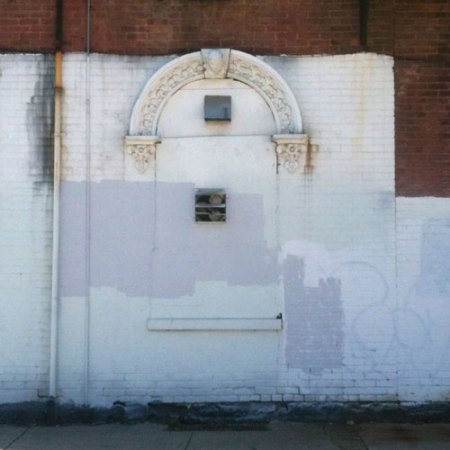 A few months ago, I started photographing ghost graffiti — graffiti that’s been painted over. I can understand that this must be really frustrating for property owners, but the gathered visual evidence of this phenomenon is fascinating and even inspiring in its own strange way.

Of course, this isn’t limited to Cincinnati, but that’s where I took these photos, mostly downtown and in Over-the-Rhine. Once I started noticing this pattern of painting over graffiti with almost-matching [or not] paint, I quickly ended up with tons of examples and had to edit down to my favorites. Above, the old Walt’s at 15th and Republic. Below, St. Paulus Kirche at 15th and Race.

Some more examples that I would deem “close-ish” attempts at color-matching:

Downtown, next to an old Shepard Fairey muraltisement:

In Over-the-Rhine on a Future Blooms building; a “visual language referencing the occupation of these properties” unfortunately doesn’t seem to be a graffiti deterrent: 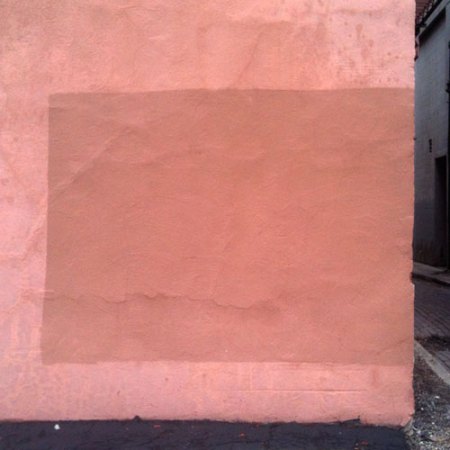 These layers of similar paint colors reveal an ongoing battle with graf writers: 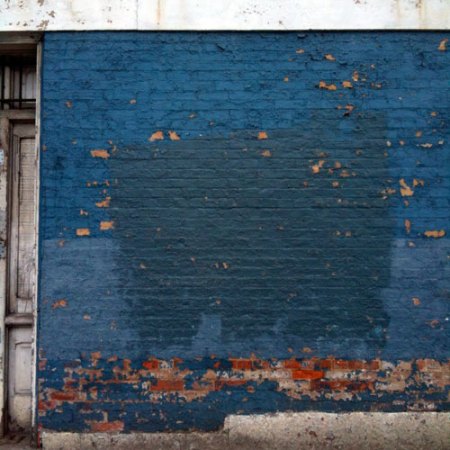 Color-matching? Not so much in the following images, starting with yet another example from the corner of 15th and Race in Over-the-Rhine, right below a swanky ghost sign: 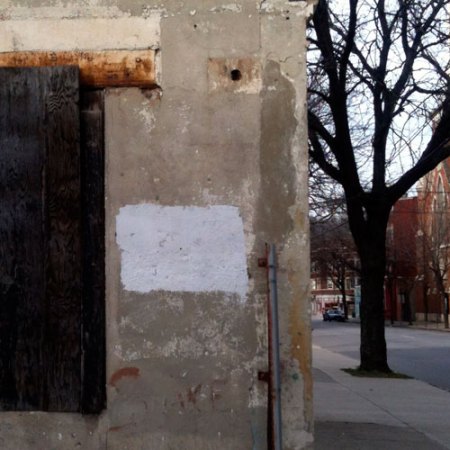 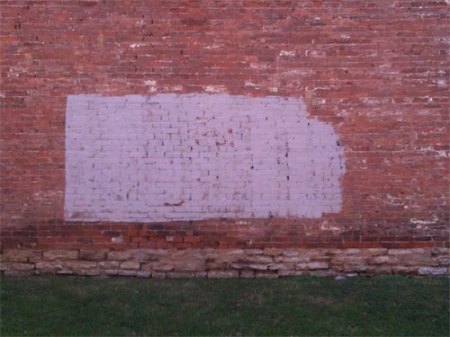 Here’s a tip for property owners — painting exactly over the lines just recreates what you’re trying to cover up. The above “rectangular freestyle” examples are much more effective than the quasi-tracings below:

Another tip — do use opaque paint for maximum impact: 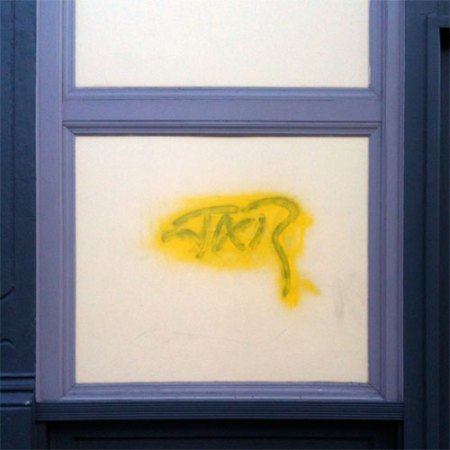 The following high-contrast examples are like Band-Aids, calling attention to what they’re covering up: 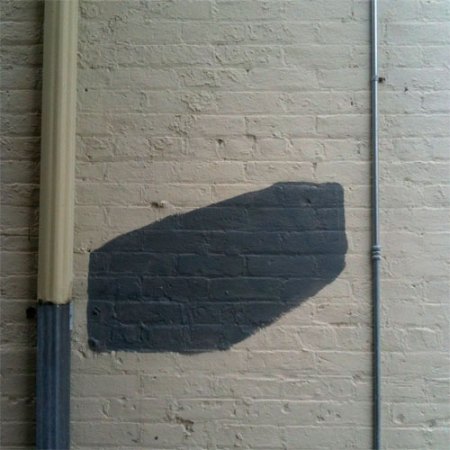 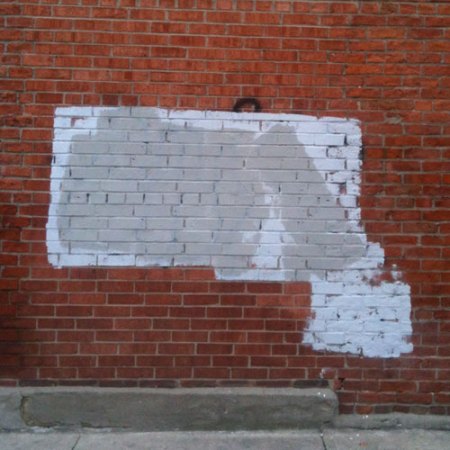 Of all the examples of ghost graffiti that I’ve gathered over the past few months, this one is by far my favorite. What do we call this? Visual vomit? The work of a color-blind property owner or a nascent color field painter? 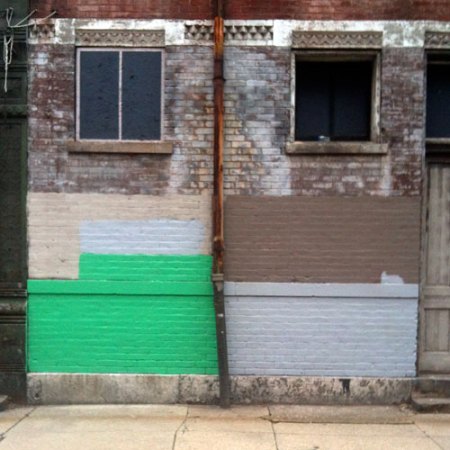 13 thoughts on “Ghost Graffiti in Cincinnati”