It’s an honor to have our work included in Just Design: Socially Conscious Design for Critical Causes by Christopher Simmons of San Francisco-based MINE™, which has just been published by How Books.

Because putting together a book is such a long process, our inclusion is actually our first seed bomb iteration, before Vogue, Harper’s Bazaar, Martha Stewart Living, and all the other VL craziness of the past two and a half years. You can see part of the first-ever product photo in the upper left corner of this spread:

Our other project in the book is the “While You Were Out” template, which I developed a few years ago as a way to communicate with area businesses about their hours of operation. It was an attempt to show that people do live downtown and in Over-the-Rhine, and that businesses would tangibly benefit from being open longer hours and on the weekends. That no longer seems as big an issue as it did then but, if you’d like to make yourself heard using this tool, download the free PDF template. 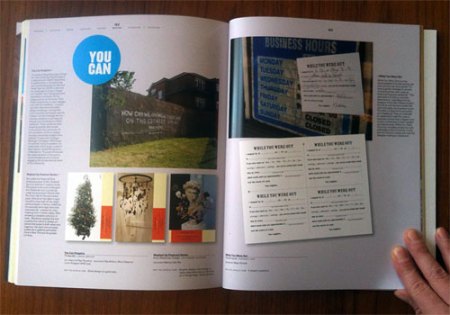 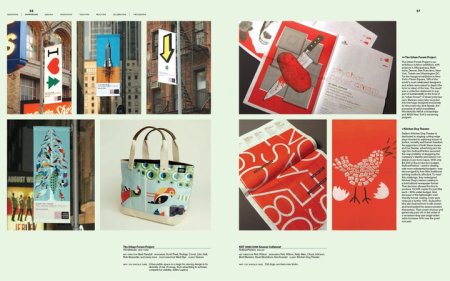 Above on the left left are some photos of the Urban Forest Project in Times Square, NYC, initiated by Worldstudio. Below is our banner, which was part of the installation. It’s hard to believe that we created this over five years ago, back when we were still living in Boston, before Cincinnati was even within the realm of possibility for us:

But, back to the book. It also includes work by Stefan Sagmeister, Office, Frank Chimero, and my friends Arjen and Christie at Elasticbrand. Tons of good stuff and, unlike a lot of graphic design books out there, this one’s not just about the eye candy.

3 thoughts on “VisuaLingual in Just Design”