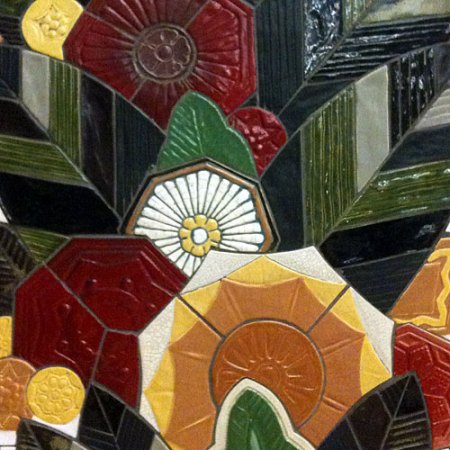 Downtown Cincinnati’s Carew Tower was designed by W.W. Ahlschlager & Associates with Delano & Aldrich, and is an early example of an urban mixed-use development, or a “city within a city,” containing a hotel, offices and a shopping arcade. 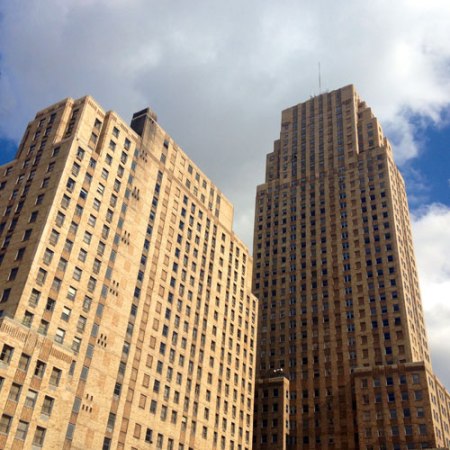 Construction began in 1929, right before the start of the Great Depression. To cut costs during construction, the exterior architectural details stop at the third floor, but the lower part of the façade and the various parts of the interior are still rich with Art Deco pattern and detail, including a beautiful example of Rookwood Pottery tile shown above. 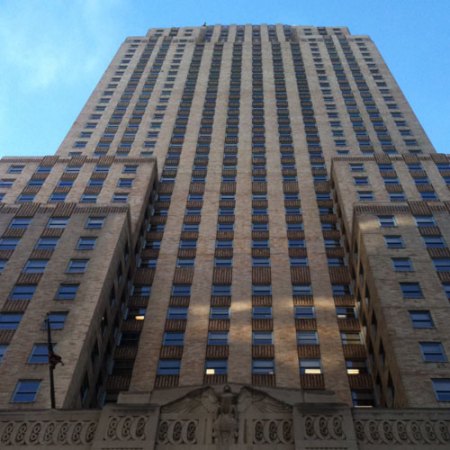 Currently the shopping arcade is in a bit of a sorry state. What should be the crown jewel of downtown destination shopping is largely underutilized. Check out the Grove Arcade in Asheville, built only a year earlier, for an example of a similar structure that seems successful in this regard.

I’ve wandered through various parts of the building multiple times, noticing and capturing different details. The Art Deco motifs exist at all levels of the interior. Even the mailbox is gorgeously detailed! 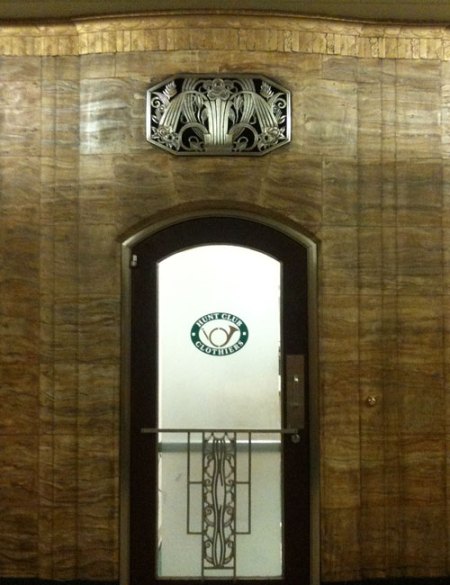 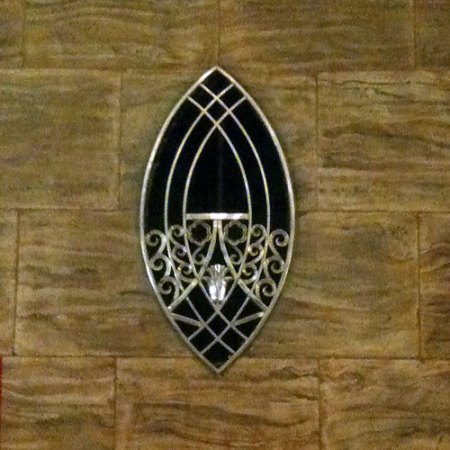 Each set of elevator doors features a relief design.

The interior gets even more posh in the Netherland Plaza side of the complex. Trivia: the name “Netherland” apparently comes from the fact that the hotel occupies the land between the Ohio River and the hills. You can read more of the history here. 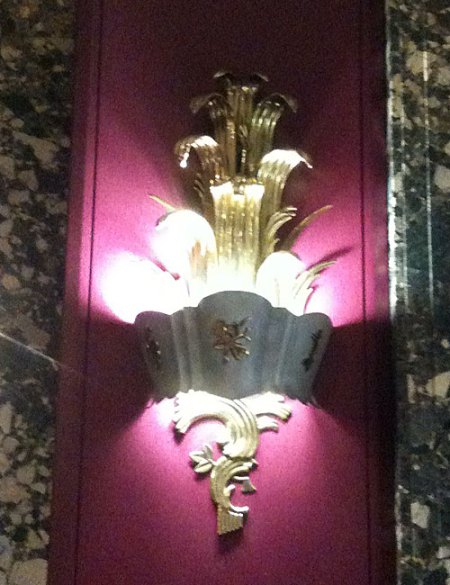 I sort of hate to admit this publicly because I like having a secret place downtown where I don’t run into people I know, but the Palm Court bar is probably my favorite watering hole in Cincinnati. I love the grand space with its soaring mural-covered ceiling and Egyptian-inspired Art Deco details. 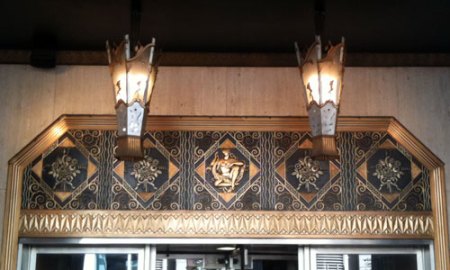 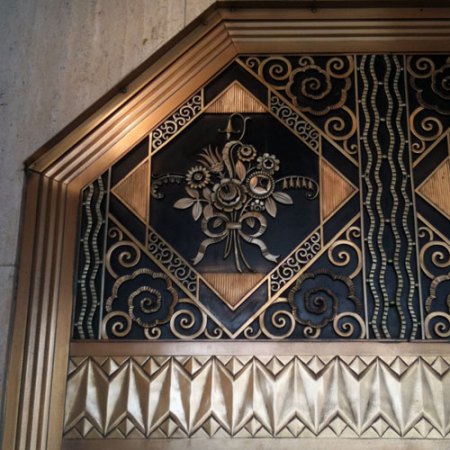 In my mind, Carew Tower rivals the Guardian Building in Detroit for its Art Deco splendor. So, which one is more amazing? It’s a tough call. I think I’m more in awe of the Guardian’s Aztec Deco, but Carew is closer to my heart because I currently live in Cincinnati. If you had to pick, which one would you choose?