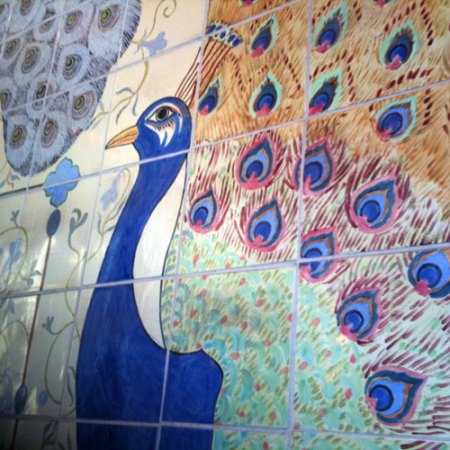 As promised, here is one of the awesome public art projects in the Detroit People Mover Financial District station. “D” for Detroit by Joyce Kozloff is a large-scale tile mural inspired by motifs in the Fisher Building, the Guardian Building and Diego Rivera Court in the Detroit Institute of Arts. 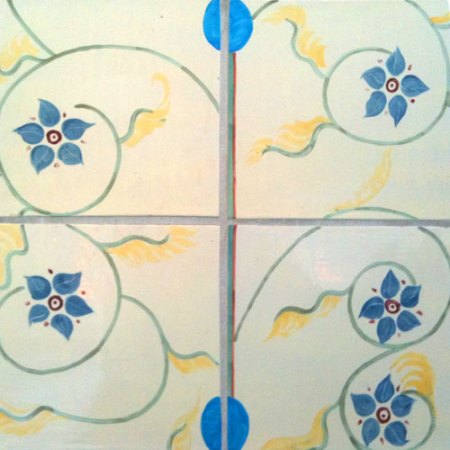 The peacocks are inspired by Whistler: 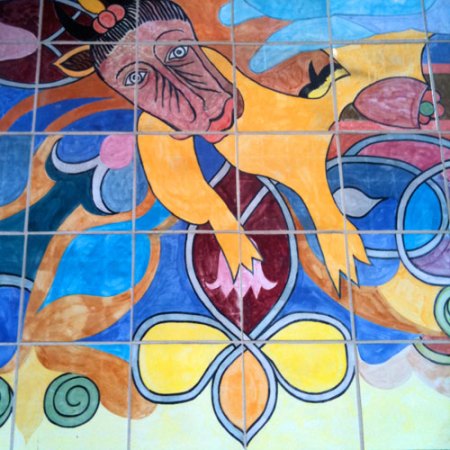 The bull and bear elements symbolize the stock exchange and create an illuminated letter “D” [which is really hard to see in person, actually]: 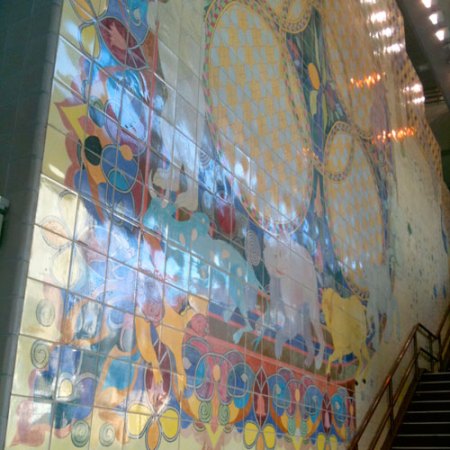 Joyce Kozloff studied art in Pittsburgh and NYC and has completed public art projects in transporation centers in Cambridge, Buffalo, San Francisco, Philadelphia, and Washington DC. Her work utilizes the principles and aesthetics of maps as well as ornament found in different contexts. Her work is visually opulent, often with an activist bent.

One thought on “Detroit People Mover: “D” for Detroit by Joyce Kozloff”