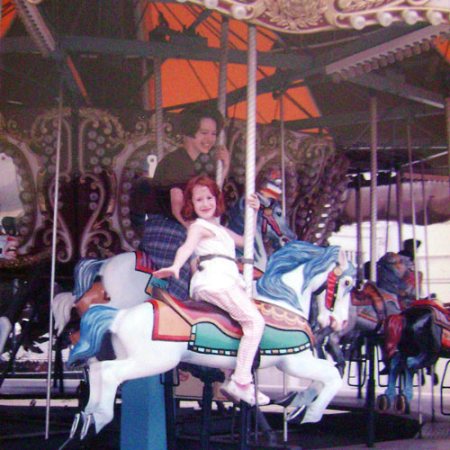 Summer is my least favorite season. So, how did I end up in a place with such a long, insufferable summer? That’s a good question, but here I am. The first day of summer makes me think of Coney Island, where this photo was taken 15 years ago, and thinking about Coney Island makes me uncharacteristically sentimental.

I’ve moved around a lot over the years, and even my family is scattered, so the concept of “home” is a nebulous one. When I go back to Brooklyn, I call that “going home” even when it’s another apartment in another neighborhood that’s new to me. “Home” is perhaps more of a state of mind than an actual place. Over the years, though, no matter where I’ve lived and what my life has been, I’ve always gone “home” and ended up on the boardwalk at Coney Island.

I always try to remain pragmatic about where I live, to appreciate my surroundings and savor every moment without dwelling on the past for fear of descending into nostalgia. A relationship with a neighborhood, like a relationship with a person, is a moment in time. It may be brief or long; it could last forever. A neighborhood, like a person, doesn’t owe me anything, doesn’t have to accommodate me. Both parties grow and change, staying in sync or diverging, all part of the ebb and flow of life. Thinking about it in this way helps to keep my sentimentality in check.

Coney Island is different. Over the years, it’s become an almost spiritual place in my mind, the closest thing I have to an “anchor” in my life. It’s been a scrappy, populist playground, rough around the edges, with sun-faded colors. The edge of the world, right in the city. I can’t fully describe the magic of Coney, and I certainly can’t justify the hold it’s had on my heart. It’s been a place seemingly forgotten by the march of progress, and I somehow took for granted that it would never change.

Everything changes. The carousel my sister and I rode 15 years ago has been auctioned off. 15 years ago, I was visiting family one last time before my grand California adventure. My sister, now grown up, is preparing for her own grand adventure this fall. Coney Island, for its own part, is preparing for the influx of condos, destination retail and hotels. Because you know what the world needs? More condos.

The sliver of change that I’ve witnessed in Coney Island is a fraction of the drama that’s surrounded redevelopment plans over the years. When I talk to my stepfather, born and raised in Coney, his nostalgia is for a different Coney than the one in my mind. If places were to remain static, our memories wouldn’t have much weight, would they? If Coney weren’t changing, then my pragmatism would have nothing to push back against, would it?

A few final things before I descend further into sentimental nonsense. Three years ago, I repeatedly tried and failed to take a photo of my sister and me on our usual pilgrimage to Coney:

Last winter, I insisted on a walk down the boardwalk on what must have been the coldest, windiest day of the year:

Finally, I like the top photo so much that I used it as a prop in a book I art directed a few years ago, Closely Knit: Handmade Gifts for the Ones You Love by Hannah Fettig: 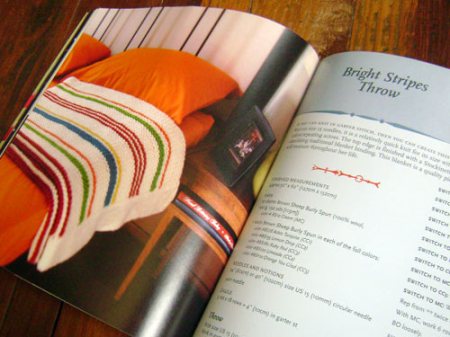 See? Despite my fancy pragmatic talk, I’m just a sentimental sap like the rest of you poor souls, doomed to one day kvetch about “the good old days.” I’ve already gotten started on the kvetching. Here’s to the start of the summer season, everyone!

7 thoughts on “Summer in the City”