Shopping is one of the topics I don’t really get into here. However, I visited the pirate shop and had to share. 826 Valencia is a writing and tutoring center in the Mission in San Francisco, founded by Dave Eggers [who also founded Timothy McSweeney’s Quarterly Concern, authored A Heartbreaking Work of Staggering Genius, among other books, and a long time ago had a comic in the SF Weekly called Smarter Feller, which was pretty much the most clever thing ever].

The storefront space [created because the building is zoned for commercial use] is what should be meant by a “concept store” — a quasi art installation and impeccably curated, thesis-driven retail space. There is some evidence of the nonprofit’s actual mission in the publications available for sale, but mostly the space is a humorous experience that invites you to purchase something to benefit the center because, well, who couldn’t use a glass eye or cure for scurvy? 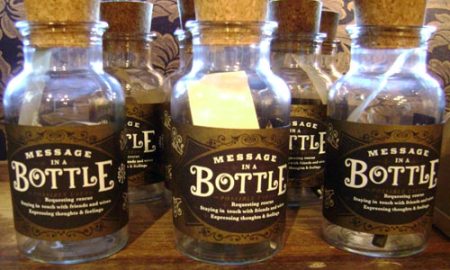 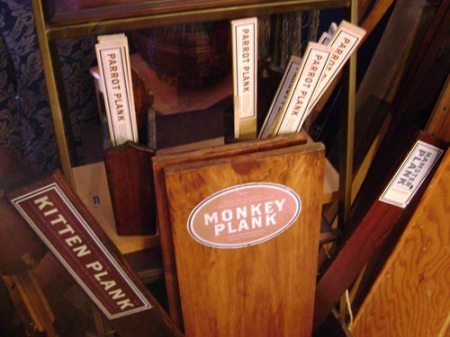 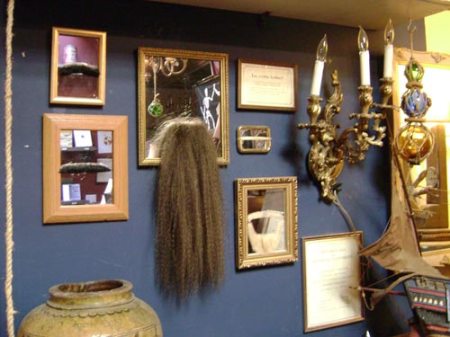 There are 826 programs in other cities, and other specialty stores as well: Superhero Supply Company in NYC, Monsters Union Local in Ann Arbor, Greenwood Space Travel Supply Company in Seattle, time travel store in LA, and a secret agent supply store in Chicago.

The facade features a mural by Chris Ware [creator of the incredible graphic novel Jimmy Corrigan, the Smartest Kid on Earth which, among many other things, is about Chicago’s World’s Colombian Exposition of 1893 and so may be of interest to the urban history buffs out there], and 826 Valencia recommends viewing it from the middle of Mission St. for at least an hour in order to comprehend it:

The shop’s merchandise was designed with SF design studio Office [hello, coolest design project ever?!?] and includes posters and t-shirts [which are actually among the most mundane objects for sale but are still very funny and beautifully designed]. I purchased the print on the right and am already dreading the inevitable backlash that befell that Keep Calm and Carry On poster: